Is That in the Bible? by Father Anthony Giambrone, o.p.

In 1992, in a catatonic musical trance, Bruce Springsteen complained that there were “57 Channels and Nothin’ On.” A paltry fifty-seven channels, from our more technologically advanced perspective, obviously now appear rather primitive and cruel: how boring it must have been before Puppy TV, with only a single food network, and the world’s (bad) news only three times a day. The present marvel of perpetual on demand entertainment—an approximation of limitless choice, created to match our programing more perfectly to our faintest passing inclinations—has unfortunately failed to change the bottom line: there’s still nothing on. Is it possible that the problem actually lies with the benumbed brood we’ve become? An earlier generation had two black-and-white channels and proved quite content, for twenty-some years, to watch an uncharismatic “Mr. Sunday Night” Sullivan host (and rehost) any oddball act. A ten-inch-tall Italian mouse puppet was still not stale after fifty-plus runs.

When in Matthew 11 Jesus castigates this generation for its dull response to his own preaching, and its equally dead reaction to the preaching of John, he uses an example a bit like the ennui evoked by the Boss eight years after boasting he was “Born in the U.S.A.”

We played the flute for you, but you did not dance, we sang a dirge but you did not mourn. Nothing works to wake up a dead generation. John’s harrowing warnings of apocalyptic judgment make no great impression; they saw the grim reaper and they yawned. Jesus’ alternative message of God’s offer of mercy also bounces right off them; they do not even regard him with the errant mirth paid to the philosopher Kierkegaard’s clown, who can’t get the crowd in a burning building to take his warning seriously. You could give these folks the Baranton Sisters, juggling giant tennis balls and wooden tables with their feet—still they’d sit there with a blank stare. Like lethargic children in the marketplace (an earlier version of the living room couch), a spiritually moribund generation watches and listens, but does not respond.

In contrasting his own message and the message of John to two different types of music, Jesus actually echoes John’s own idea of two different voices. For John called himself the voice of one crying out in the desert (Jn 1:23; Is 40:3), but then said he rejoiced at the bridegroom’s voice (Jn 3:29). This faint note of joy laced into John’s moving song—a slow dirge in Lydian mode—thus already mixes his mournful wailing with the joy of the bridegroom’s flute. In this way, John not only echoes the stern sound of Jeremiah the prophet—I will silence the cry of joy, the cry of gladness, the voice of the bridegroom and the voice of the bride, in the cities of Judah and in the streets of Jerusalem; for the land will be turned to rubble (Jer 7:34; cf. 16:9)—because for those who recognize the voice of the bridegroom, John plays a subtle theme that already reverses Jeremiah’s dolorous motif and announces the end of the sorrow. His voice in this way decreases and cedes the floor to Jesus. The dance music prevails and is meant at last to shake us into action.

My sheep hear my voice…and they follow me (Jn 10:27). Like the pied piper, Jesus’ voice has its proper effect upon the elect. They rise to their feet and vigorously respond—even those in the grave (Jn 5:25). For those with ears to hear, the joyful sounds of a wedding return to forsaken Israel. But to experience the full force of this joy—the happy return of the bridegroom’s voice—these musical movements must be movements in the proper sense: they should move us in the manner of a dirge and a dance. The Gospel is more than mere ambient noise, a TV playing in the background. For wisdom is vindicated by her works.

Father Anthony Giambrone, o.p., is a Dominican priest of the Province of Saint Joseph and professor of the New Testament at the École biblique de Jérusalem. 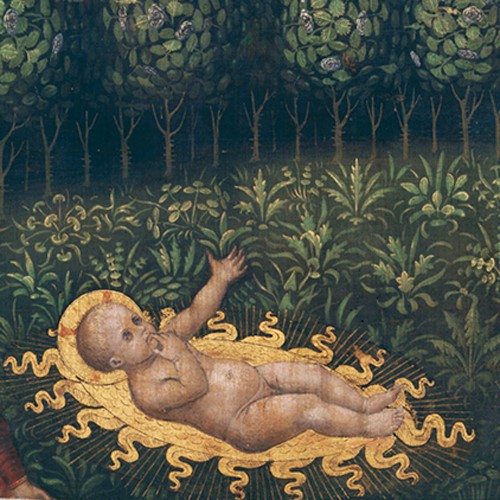 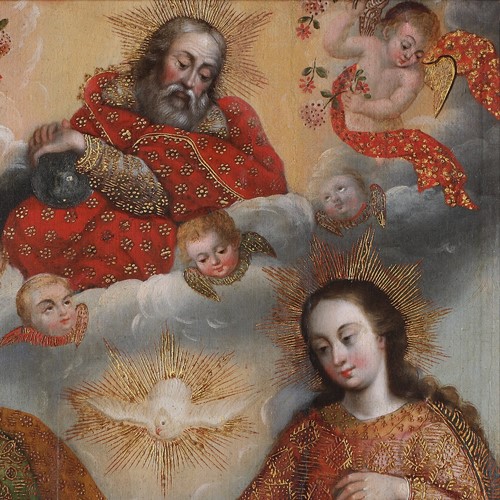 Expectation. The month of December is dominated by it. We are anticipating Christmas festivities and the coming new year, managing our own and other people’s expectations, and trying to sail through the season of Advent with as much poise as we can muster. It is easy to get wrapped up (pun intended) in the externals, neg­lecting the interior preparation.

Rather than focusing on our own tangle of expectation, we should enter into Mary’s expectation instead. Bringing a child into the world always brings with it questions about the future: what will this child be like and what will their life hold? Add to that a new marriage, living on the road, and the mysterious words of the Annunciation ringing in her ears and I’m sure Mary’s emotional state during pregnancy was far from one-dimensional. Being sinless and having perfect trust in God doesn’t make you an automaton, after all. I don’t know about you, but I find this consoling at a time of year when I tend to feel all the feelings at once.

Yours in the friendship of Christ,