This Month... by Tessa Caldecott Cialini

What better month to introduce our new Senior Editor, Fr Toby Lees, o.p., than the Month of the Holy Rosary given that he currently resides at the Shrine of Our Lady of the Rosary in London. Fr Toby, who has been a chaplain at several universities and hospitals and recently became Priest-Director at Radio Maria England, has been a long-term friend to Magnificat. We’re delighted he has joined our team.

The rosary is the subject of this issue’s Blessings feature, which orients this beautiful mediation towards a particular intention: a Eucharistic Revival. Mary was, after all, the first tabernacle. Saint John XXIII, who opened the Second Vatican Council 60 years ago this month, had a great devotion to the rosary and called on all the faithful to pray it in the run up to the Council, “that the renewed vigour of all the Christian virtues which we hope this Council will produce“ would inspire unity and growth in the Universal Church. He also once said, in true Magnificat style, a day without prayer is like “a sky without sun, a garden without flowers”.

There is an old legend that our Lady and Saint Ignatius of Antioch—whose memorial falls ten days after the feast of Our Lady of the Rosary—once exchanged letters. The medieval text the Golden Legend relates the story and given that Saint Ignatius, who was born around 35 ad, is believed to have been a disciple of Saint John the beloved disciple, you can see how people thought it plausible. In the Golden Legend, Mary tells Ignatius “be steadfast in carrying out your Christian commitment and shape your life and conduct on it.… Do not let the hardships of persecution shake you, and may your spirit be strong and joyful in God your salvation.” Pope Francis echos this in his Message for this year's World Mission Day on 23rd October: “Missionaries of Christ are not sent to communicate themselves, to exhibit their persuasive qualities and abilities…. Instead, theirs is the supreme honour of presenting Christ in words and deeds, proclaiming to everyone the Good News of his salvation, as the first apostles did, with joy and boldness.“ 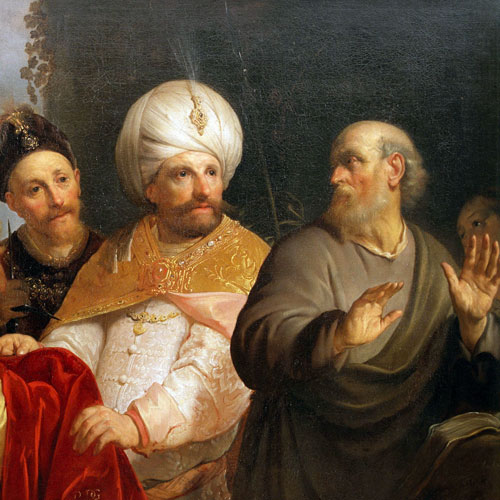